Summary of advantages and disadvantages of lithium iron phosphate battery

The advantages and disadvantages of lithium iron phosphate batteries are summarized as follows:

Its safety function and cycle life are not comparable with other data, which are also the most important technical indicators of power batteries. The life of 1C charging and discharging cycle is 2000 times.

Single battery overcharge voltage 30V does not burn, puncture does not burst. Lithium iron phosphate cathode data make large capacity lithium ion batteries easier to use in series. To satisfy the need of frequent charging and discharging of electric vehicles. It has the advantages of non-toxicity, non-pollution, good safety function, wide source of raw materials, low price, long life and so on. It is the ideal positive material for the new generation of lithium ion batteries。 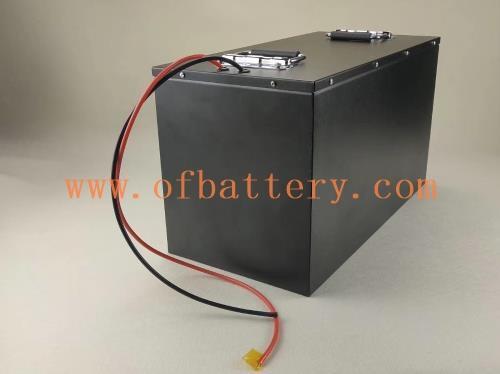 1, the number of longevity. The longevity number of lead-acid batteries has a cycle life of about 300 times, and the highest is 500 times. The lithium iron phosphate power battery produced by Shandong Haiba Energy Group Co., Ltd. has a cycle life of more than 2000 times, and the standard charge (5 hour rate) ), can reach 2000 times. The same quality lead-acid battery is "new half year, old half year, protection and protection for half a year", up to 1 - 1.5 years, and lithium iron phosphate battery under the same conditions, will reach 7-8 years. Comprehensive consideration, the functional price ratio will be more than 4 times that of lead-acid batteries. 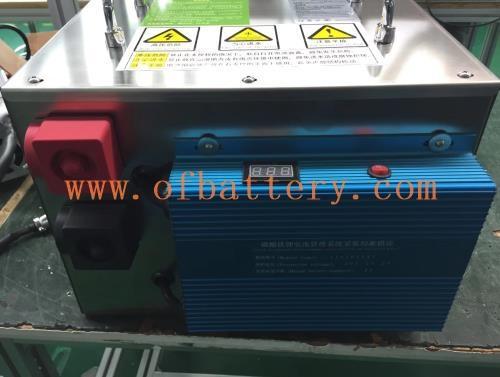 3, can be a large current. 2C fast charge and discharge, under the special charger, 1.5C charging within 40 minutes can make the battery overflow, the starting current can reach 2C, and the lead-acid battery does not have this function.

4, high temperature resistance. Lithium iron phosphate has an electric heating peak of 350 ° C - 500 ° C, while lithium manganate and lithium cobalt oxide are only around 200 ° C.

The laboratory reported that when 0.1C is charged and discharged, it can reach a specific capacity of 165mAh/g or more, and the practice reaches 135-145mAh/g, which is basically close to the level of lithium cobalt oxide; however, the problem of slow dispersion of lithium ions has not been obtained yet. For good treatment, the treatment scheme adopted now has nanometer LiFePO4 grains, and then reduces the dispersion distance of lithium ions in the grains. In addition, it is doped to improve the dispersion channels of lithium ions. The latter method looks effective and Not obvious. There has been more research on nanotechnology, but it is difficult to apply it to practical industrial production. Now, as long as A123 claims to have mastered the nanotechnology industry skills of LiFePO4. 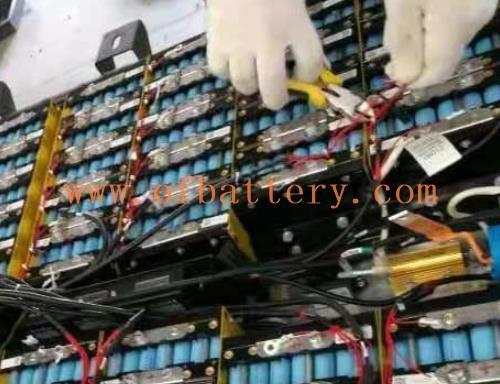 In general, regarding a single battery cell (note that the battery is single rather than the battery pack, the measured low temperature function may be slightly higher for the battery pack, which is related to the heat dissipation condition), the capacity at 0 °C is adhered to The rate is about 60 to 70%, 40 to 55% at -10 ° C, and 20 to 40% at -20 ° C. Such low temperature function is obviously not satisfactory for the operation requirements of the power source.

There are common problems with batteries. The single-cell lithium iron phosphate battery life is now more than 2,000 times, but the battery life will be greatly reduced, it may be 500 times. Because the battery pack is made up of a large number of single cells, its working state is better than a group of people tied up with ropes to run, even if everyone is a sprinter, if everyone's movements are not common, the troops will not run fast, all Speed is even slower than the slowest individual player.

The same is true for the battery pack, as long as the battery functions are at the same height, the lifespan can be close to the level of the single battery. Under the existing conditions, due to various reasons, the manufactured batteries have poor commonality, which in turn affects the battery function and the total lifespan. Therefore, the application to the power car is inevitable.